In May of 2018, the Cincinnati USA Convention & Visitors Bureau (CVB) named Julie Calvert its new president and chief executive officer.

Calvert has spent her career developing and executing strategies that drive awareness, build reputation, mobilize resources and spark economic vitality in the Cincinnati region. She founded Source Cincinnati in 2014 to connect the region with national media and elevate the “Cincinnati Story” into the global spotlight. Since its launch, Source, supported by the region’s business, civic and arts organizations, has produced hundreds of stories in outlets like the New York Times, USA Today, The Atlantic and Black Enterprise reaching more than a billion people and working to attract talent, visitors and investment to Cincinnati.

Prior to that, Calvert served as vice president of communications and strategic development for the Cincinnati USA CVB. While there, she was the driving force behind the CVB’s national marketing, communications and reputation-building strategies and was instrumental in the Bureau’s years-long record-setting results in attracting and hosting some of the world’s most high-profile conventions and events. During her tenure, Calvert oversaw the CVB’s communications, media, membership, stakeholder communications, community relations and organizational development departments.

As president and CEO of the CVB, Calvert is leading the region’s destination marketing organization, maximizing the economic impact of the region’s convention and meetings industry and leading an award-winning team to attract high volume, high impact groups to Cincinnati. Calvert is working closely with local civic, corporate and hospitality industry partners to further establish and promote Cincinnati as a world-class meetings and tourism destination.

A visionary leader and strategic collaborator, Calvert is a graduate of Leadership Cincinnati Class 37, and was named one of the Cincinnati Business Courier’s Forty Under 40. She serves on the Hamilton County Commission on Women and Girls, the Board of the Cincinnati Music Festival, a former Cabinet Member for the ArtsWave Annual Community Campaign, and has volunteered in leadership roles with several other regional non-profit organizations. Calvert earned a bachelor’s degree from Miami University, and resides in Anderson Township with her husband Chris and two sons.

Sigrid Solomon was born and raised in Brooklyn, New York until she was fortunate enough to attend boarding school at the age of 15. She holds a BS in Industrial and Labor Relations from Cornell University and her M.Ed. from East Carolina University and currently working on her Doctorate with Ashland University.

Sigrid has been working in higher education since 1993 at various colleges and universities; North Carolina State University, North Carolina Wesleyan University, Emory and Henry College, Southern Vermont College and now at Wilmington College where she has served as the Vice President for Student Affairs and Dean of Students/ Title IX Coordinator over the past twelve years. In her professional capacity, she has had the opportunity to have a long lasting impact on the community and county. Quite a few of Wilmington College’s students come from Wilmington and Clinton County. Sigrid takes a personal interest in all students and makes it her mission to get to know as many of them as possible. Not only that, Sigrid helps students from outside the county feel welcome and at home. She has been known to take in students who do not live close enough to go home for short holiday breaks. She has also invited students into her home for a home cooked meal and some “down home, old fashioned lovin”. In her role as Vice President for Student Affairs and Dean of Students/ Title IX Coordinator, Sigrid has to set the example for her colleagues, employees and students on campus. 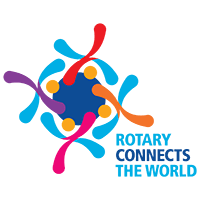 Inspired by her experience as a Group Study Exchange participant in the fall of 1998, she began her Rotary journey in 2000 in Abingdon, VA then later joined Wilmington AM club in 2007. Between the two clubs she has served in many capacities. While with the Abingdon, VA clubs she served as Program Co-chair and Social Co-chair. Moving to Wilmington and still yearning to be involved she later became Club President in 2011-2012, Co-Chair, Wilmington Cardboard City Committee from 2010- 2015, and Chair from 2016-2017, Rotary Vocational Scholarship Committee Chair from 2010- 2017 and Chair, Rotary 4-Way Test Committee in 2010-2017, member of the Rotary District 4-Way Test Speech Competition Committee from 2014- 2017, Assistant Governor in 2013-2016, District Trainer for District 6670 for 2016-2017 and 2018-2019. She is also a Paul Harris Fellow.

She was a board member for the Clinton County Leadership Institute. Through her affiliation with this group she participates in a variety of activities like Dinner in the Fields. Leadership Clinton provides leadership training and education for future Clinton County Leaders. She also co-chaired Dinner in the Fields in the past when it was on the farm at Wilmington College. Sigrid has coordinated the Leadership Clinton class activities and assignments for future leaders. Sigrid was also the President of the Clinton County Free Clinic Board. There she coordinated services for residents of Clinton County who are without health insurance and/or adequate health care. Sigrid is an active member of Cornerstone Baptist Church. She is known as the voice of Cornerstone not only for her wonderful speaking voice but she greets their guests and acknowledges them and generally promotes Cornerstone Baptist in her unique, pleasant, and friendly way. She is a people person and never meets a stranger. A testament of these accomplishments was recognized in 2016 as she was awarded one of the Outstanding Women of Clinton County. When you think of her, involvement and involving others comes to mind.

She has two sons 30 and 21-year-old and a host of former foster children. Family and friends are extremely important to her.